Will Medical and other reasons be required?

On January 21st 2013 a series of minor changes were announced for the SABS. The changes will come into effect in June.

It will be interesting to see how closely the changes reflect the reforms proposed by the Auto Insurance Anti-Fraud Task Force.  Specifically, will Insurers be required to provide Medical reasons for a denial?

With respect to insurers providing claimants all reasons for denying a claim. The task force report stated: 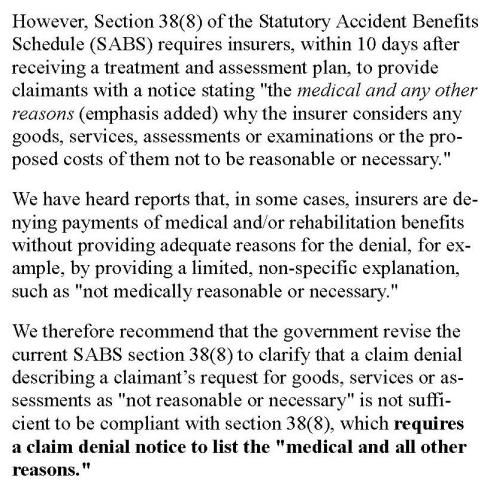 These proposed changes address some of the reforms proposed by the Auto Insurance Anti-Fraud Task Force and build on actions the government has already taken to combat fraud and protect consumers, including the reversal of rising premiums as a result of fraud and abuse of the system.